On this page: Bio, Posters, and Hi-Res Photos

Dorian Michael started playing guitar as a seven-year old in Los Angeles just as folk music was about to have a renaissance of sorts and earthy acoustic music was his first guitar experience. He has been a working guitarist for four decades and in that time has played plenty of blues and folk, jazz and rock and roll. There has always been a huge variety of playing experience from smokey honky-tonks to theater orchestra pits. At some point along the way he started playing a few solo fingerstyle instrumentals, made a cd and decided he needed to hit the road and see if he could sell all those cds he had. Three solo cds and four ensemble cds later Dorian is still playing throughout the States and Canada. He calls his solo music “contemporary traditional”; original music that reflects his interest in a number of styles of music. These influences come through in his original material, but it is a contemporary music that grows from, rather than mimics, those influences. When he plays someone else’s music or a traditional piece he always manages to add a few surprises. Says Dorian, “Some music makes you feel, some makes you think and some music is just for the fun of it. I try to get to all those places in the space of a performance.” 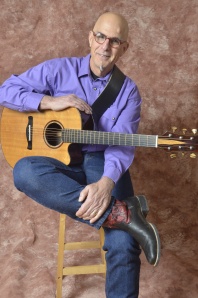